We are proud to present another international speaker in this year’s line-up, Luca de Giglio, founder of Trips Community, Blockchain & Travel Expert and Digital Nomad. At LibertyBits2019 Luca will present his insights on “Peer to Peer Vacation Rentals Bookings on the Blockchain”. Luca built an Airbnb before Airbnb in 2001 so he could travel full time. He did it for 10 years, becoming one of the first digital nomads in the world. When Airbnb destroyed his lifestyle business he pivoted and came to Sofia to join Eleven. In 2017 he came up with the idea to create a decentralized vacation rentals booking platform: TripsCommunity.com. He will present some beautiful Italian properties you can book on the Dapp at huge discounts compared to Airbnb.

Luca took the time to answer our questions in details. Find out what interesting stuff he has shared with us:

Who are you? Please introduce yourself shortly.

I am most of all a traveler. To travel you need time and money, but money is provided when you give up your time. So the only way for me was to become an entrepreneur, so I did. In 2000 I took a year off and travelled around Australia and Asia. I learned some basic Html and bought a digital camera. This allowed me to publish a travel diary (the word “blog” did not exist yet) and get some exposure in Italy. I understood that having a slight technological advance could make all the difference. So I looked for a way to work online and this resulted in creating a precursor of “Airbnb” in 2001 and travel full time for 10 years becoming one of the first Digital Nomads (again, long before the term was invented). In short, I discovered that tech could help me being free. I used it as a tool to acquire freedom. Today I’ve come full circle and I jumped in the blockchain space because it will allow many people to acquire freedom from the corporations running the travel space.

Why did you decide to join the LibertyBits conference?

I want to tell people about Trips, an alternative to Airbnb on the open blockchain. It’s one of the first real use cases for the blockchain and I really hope someone will make a booking! The blockchain needs facts now, we talked enough.

What is your understanding of “liberty” (freedom) and what are the most underestimated threats to our modern society?

Freedom is a mindset and by definition you can’t get it from within the society you live in. You can’t see a building from outside, you need to go on the street to see it. Same with freedom: you need to leave your country and look at it from abroad. You need to leave your culture and look at it from another culture’s point of view. I understood the rich culture we have in Europe is from a terrace in Brisbane in front of thousands of kilometers of very slight cultural differences, while 30 km from Venice I can get in a strikingly different culture in Treviso or Padova.

I understood what religion is after being immersed in Buddhist and Muslim countries, so I understood Catholicism (or at least I formed a point of view).

Now religions for me are the operating system of the human spirituality (which runs on our internal machine code, same for everyone). So, the icons we use on the desktop are not so different from the icons we use to represent religious characters. We all run the same code, and simply use different OS to make sense of it. Some, few, gurus can deal with spirituality on the command line of our thought, but most of us need icons. And when you use icons, you introduce a frontend layer and you start to believe that the icon is what it represents. So you start to confuse Jesus for the ultimate god, while it’s just a representation of it. Once you understand that you don’t need Jesus but just the concept he represents, you are free to choose your religion or even create your own, if you need it. It’s just a template after all. Once you realise rules are just a way to achieve a working system, you understand that rules can be changed, and there’s many ways to live your life, you are free. Because freedom starts in the mind and dies in the mind. So, liberty for me, is liberty to think. The biggest threat today is that the elites have understood it is better to hack the human mind and strip it of freedom, rather than keeping people from moving. The Soviet Union tried that, it doesn’t work because people know they are in a cage and we have an instinct to get out of it. When, on the other hand, people are trapped in the perverse social network distraction machine, they think they are free. A prisoner who doesn’t know he’s trapped. So the biggest threat is that profit driven corporations are fighting for our attention, they won it and then realised they can use it to basically rule the world. Nations States are 30 years behind and stand no chance. You can’t bomb Facebook and you can’t strike against Airbnb.

What is the most fascinating or inspiring thing about blockchain for you?

Its open nature. It’s a protocol, a layer of trust. We won’t need to trust third parties who always abuse the trust we give them. We can trust the blockchain as what it says is true. We don’t have to forget that the blockchain is not in itself good, it’s just a tool, and can be used for horrible things. It’s therefore even more urgent to build good things on it.

What could be the biggest benefit from the blockchain technology for us as a society?

We can build amazing systems which are fairer and reduce the gap between the elites and the people, which isn’t good for both parties. You go to Brazil and you understand what I mean: rich people live in fear of being shot or robbed, while poor people are desperate. Nobody wins with too much inequality. After some years the elites figure always out how to game the system because they pay attention while people are distracted. But this buys us a 10/20 years period in which we can work out some balance. After that, we’ll need to disrupt again.

What are your expectations from the conference?

The blockchain space needs this. There is too much tech and money talk, and too little focus on what we can do to shape society. I expect to meet some interesting people, as now, more than ever we have to become a community and work together.

Many thanks, Luca! We could not agree more that there is enough tech and money talk but little care about how technology is shaping society. And yes, we need to work together in order to achieve a sustainable change. Until it is time to disrupt again, as you very well point out.

Take the chance and reserve your seat A.S.A.P. for the second edition of LibertyBits Conference here:

This site uses Akismet to reduce spam. Learn how your comment data is processed. 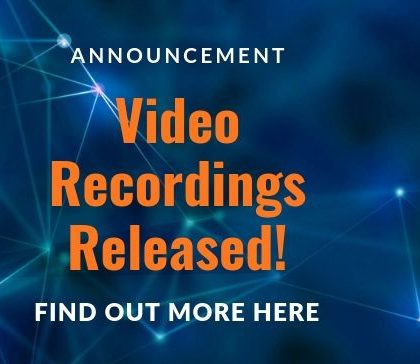